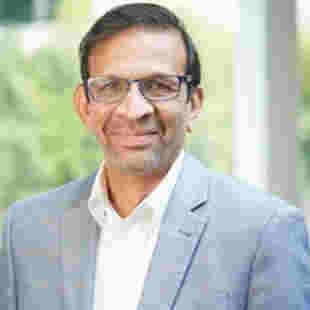 Mr Vasudevan has been a Vascular Surgeon in Hamilton since 2001. He is a graduate from the University of Madras, India and undertook general surgical training in the UK where he gained the FRCS in General Surgery. Since 1995, he has been working in New Zealand and had further training in General Surgery gaining the Fellowship of the Royal Australasian College of Surgeons in General Surgery in 1999. He went on to train in Vascular Surgery in Hamilton and then in Perth, Western Australia with Mr. Michael Lawrence-Brown. Since joining the Vascular Team in Waikato Hospital in 2001, he has been involved in endovascular surgical program for thoracic aortic pathology. He is also a Senior Lecturer in Surgery involved with teaching Medical Students and Vascular trainees at at Waikato Hospital. He is a consultant at Health Waikato and Director of the Vascular Ultrasound Lab in addition to research programs in the Department.

Mr.Vasudevan is an experienced surgeon with specific interest in endovascular techniques. In addition to offering all aspects of Vascular surgery, he also offers endovenous laser and sclerotherapy treatment for varicose veins and thorascopic sympathectomy for hyperhidrosis. With specific focus on minimally invasive techniques, he is able to offer angioplasty and stenting for arterial diseases.