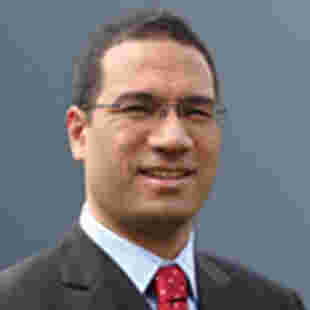 Janus was born and raised in Auckland. He graduated from Auckland Medical School in 1997. Following this he successfully completed the advanced surgical training program of the New Zealand Orthopaedic Association, and gained his specialist qualification FRACS (Ortho) in 2005.

Janus has subsequently undergone knee and hip fellowship training for 15 months in London, United Kingdom at:

He then spent 6 months in Perth, Western Australia, at the Perth Orthopaedic and Sports Medicine Centre with Dr Peter Annear and Dr Jens Buelow, where he trained in knee and shoulder arthroscopic surgery, and computer-assisted surgery.

Janus returned to Auckland, New Zealand in November 2008 where he lives with his wife and three children. Janus has a private practice based in Remuera, and also has clinics at Botany, Onehunga, White Cross Ascot, and Westcare Henderson.

He has a particular interest in hip replacement, knee replacement (including computer-assisted surgery), and treatment of sports knee injuries.

The waiting time to see Janus in private is one to two weeks.