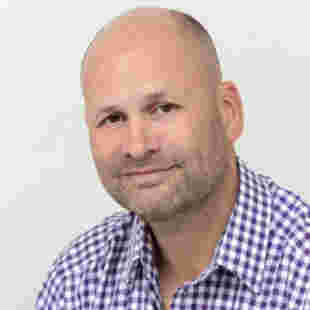 Hans graduated in Germany in 1991 and worked in trauma and general surgery in Germany and Great Britain until 1997. After he gained MRCGP in 1998 he moved to Queenstown.

During his time at Queenstown Medical Centre he was instrumental in the design and implementation of the current integrated family health centre and the integration and rebuild of a second General Practice
in Queenstown.

During this time he also founded ClinicQT, the first appearance medicine clinic in Otago and Southland. The rapid growth since 2005 very quickly led to an expansion of focus and the integration of ClinicQT into the growing Skin Institute group. The clinic gained Day Surgery-TELARC accreditation and is now the only quality-certified theatre facility in Queenstown.

After 13 years in general practice, Hans resigned from Queenstown Medical Centre in 2012 to concentrate on the future development of the Skin Institute's South Island network. Clinics in Queenstown, Invercargill and Dunedin as well as joint venture operations in Gore and Alexandra have kept him busy ever since.

Hans had extensive surgical expertise and gained the Diploma in Skin Cancer Surgery in 2010 as well as the College of Phlebology accreditation in Sclerotherapy in 2012. The clinics are now covering a broad range of skin cancer diagnosis and surgery, varicose vein treatments as well as the complete field of cosmetic medicine.

After holding various teaching and political positions within the Otago Medical School, Southern District Health Board, Ministry of Health and the General Practice College over the years and providing leadership in rural health issues Hans was elected President of the NZ College of Appearance Medicine in 2013 and will concentrate on the professional development of Cosmetic Medicine and Phlebology in the future