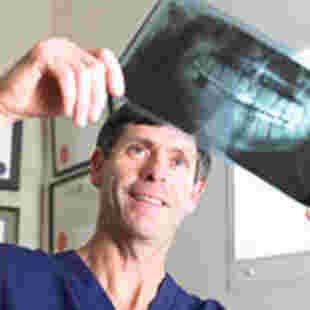 Born and educated in Christchurch, New Zealand, Brian completed a BSc at the University of Canterbury in 1979, majoring in zoology. In 1983, he graduated with a BDS, University of Otago, and then spent two years as a dental and maxillofacial house surgeon at Waikato Hospital in Hamilton. It was during this time, that Brian first became a member of the Waikato / Bay of Plenty Branch of the New Zealand Dental Association.

In 1986 and 1987, he was a senior house officer in oral and maxillofacial surgery at Basingstoke District Hospital in Hampshire and the Royal Berkshire Hospital in Reading, England. Brian successfully sat the FRCDS (Edinburgh) primary examination in March 1987, before returning to New Zealand to embark upon the then, new, New Zealand Training Programme in Oral and Maxillofacial Surgery.

In 1988 to 1990, Brian was based in Dunedin at the University of Otago Dental School and the Dunedin Public Hospital. He completed MDS (OMS) in 1990 and then spent twelve months as a registrar in Auckland. In 1992, he was senior registrar at Waikato Hospital, successfully completing the FRACDS (OMS) examination in Melbourne in July 1992. From January 1993 to July 1994 Brian was a Fellow in Oral and Maxillofacial Surgery at the University of Texas Health Science Centre, Houston, Texas, USA.

He returned to Waikato Public Hospital as a visiting specialist in oral and maxillofacial surgery in July 1994 until present day. He is also in part-time specialist private practice at John Sullivan House, Anglesea Clinic, Hamilton, in partnership with Drs Peter Clarke and Angus Colquhoun.

Brian practices the full scope of the specialty of oral and maxillofacial surgery in New Zealand. He has special interests in the fields of traumatology, implantology, the surgical management of temporomandibular joint dysfunction, orthognathic surgery, oral pathology and oncology.