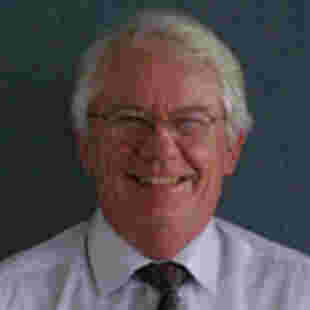 Mr David Crabb obtained his medical degree in the UK and taught anatomy for a year before coming to New Zealand and completing training in General Surgery and then Plastics.

He formed an early association with Northland, rotating there as an advanced General Surgery trainee some years ago.

He has completed overseas fellowships in reconstructive microsurgery in Melbourne and a senior clinical fellowship in the London Regional Plastic Surgery Centre.

David began to practice in New Zealand in 1983 as a consultant Plastic Surgeon. He has practiced in Northland, Auckland and the Regional Plastic Surgery Centre at various times. He is currently working to upscale the Plastic Surgery service in Northland and is taking part in the Northern Regional Review of services at a planning level. He is also involved with the Ministry of Health in developing a new national threshold for treatment systems for our hospitals.

His recent focus has been the establishment of a breast reconstructive service and skin cancer reconstruction service, which is going well.

David has had a wide exposure to all facets of plastic surgery and wide experience.

He is a founding member of the New Zealand Foundation for Cosmetic Plastic Surgery and continues to maintain his membership.

He has been elected corresponding member of the American Society of Plastic Surgery for some years and continues to be involved in such projects as outcome studies and benchmarking. David has been benchmarked as being in the top quartile when judged by patients on outcome and ranked against his American peers, particularly in the field of Cosmetic Surgery.

David is actively engaged in research with scientists at the University of Auckland and is pioneering the use of topical gels that block Connexin expression to improve scars after surgery and projects to raise the effectiveness of treatments for skin cancer through applied immunology.

David has a longstanding interest in skin cancer prevention, which is incorporated into his practice as are the opportunities for patients to access the latest developments from research endeavours.